Living in the Caribbean, means that great bananas are always plentiful and reasonably inexpensive. Every week I buy a bunch, but sometimes the heat can make them ripen faster than they can be eaten. As we all have a tendency to like to eat fresh fruit which looks appealing, ripening bananas with their blotchy peel often get passed over for other fresher looking fruit in the fruit bowl. However, even though the skin may be darkening fast and changing its outward appearance as it ripens, the natural sweetness is heightened and the flavor peaks. They are perfect for baking or smoothies. 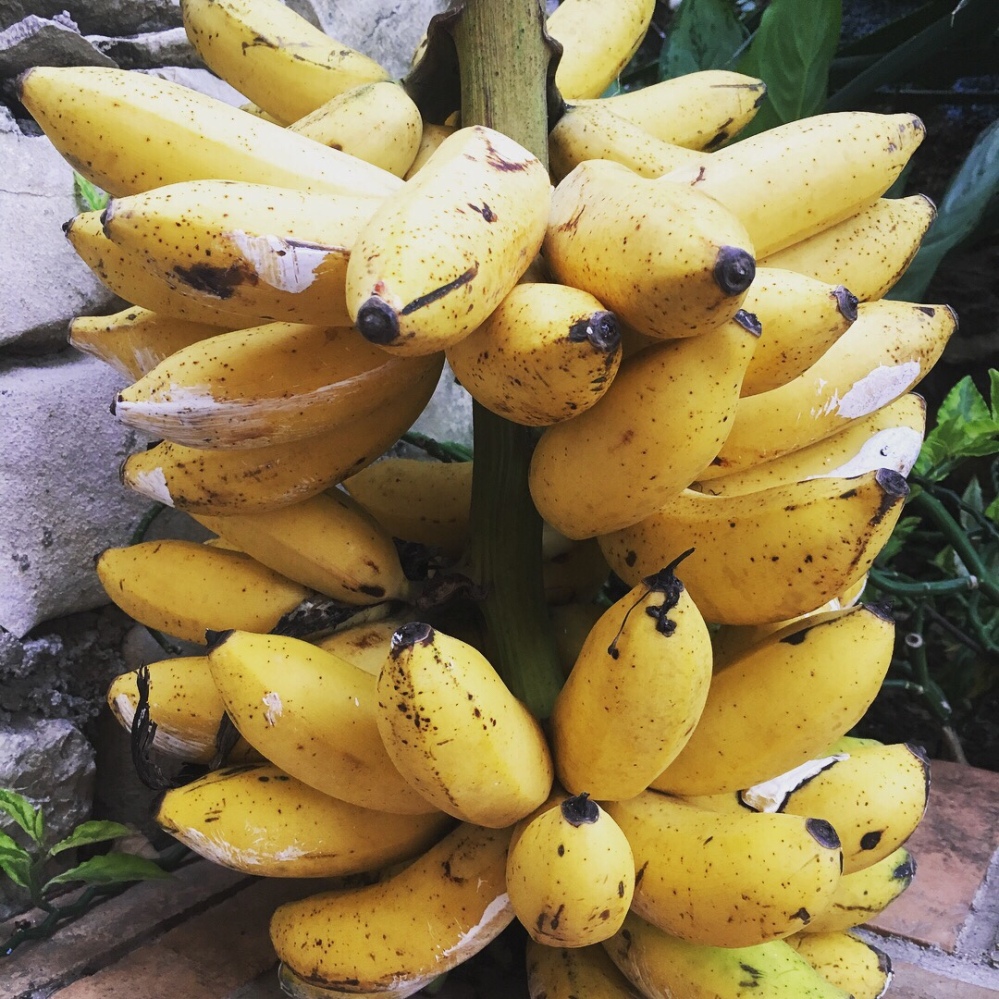 A bunch of figues ti malice from Haïti. A specialty grown in the Jacmel province of Haïti. Small mini bananas.

I have always looked for ways to use ripened fruit before they go bad. I make banana bread, banana muffins, banana cream pie and we all love them.

I was try to think of a way to use these ripened fruit and when I remembered my father-in-law Gaguy once telling me about a jam that he had not tasted in years. It was a memory of his childhood in Jacmel, Haïti of a confiture de figues banane, which his mother Emma used to make. I was a bit baffled at the time, as I have never seen or tasted banana jam. I thought he was mistaken, but when I asked once again, he said yes, it was correct. I searched all types of locally made jams, but no one seems to make this commercially. In fact, I wonder whether this is a regional delicacy as most people have never even heard of it.

As I had a great deal of extra ripened bananas in hand, I decided to do some new testing in my kitchen and try to come up with something like he had mentioned. The result was glorious. What a find!! I tried it on buttermilk pancakes, smothered it on crackers, ate it simply by the teaspoon full. It was hands down one of the most delightful new things around in a while. So, now I have added to my repertoire of jams and preserves this most lovely concoction.

So… what does it taste like?? It is a bit like a soft gooey pain patate or a sweet potato pudding in richness and flavor. Except that bananas are the only fruit used. It is gooey, sticky, golden awesomeness in a bite. One taste and you will be hooked. Some of you might just be deliberately buying bananas in excess to make a batch of this!!

It took a bit of patience and time, but it is well worth it.

Try it and let me know what you think.

Love and best wishes from my kitchen in Haïti to yours. 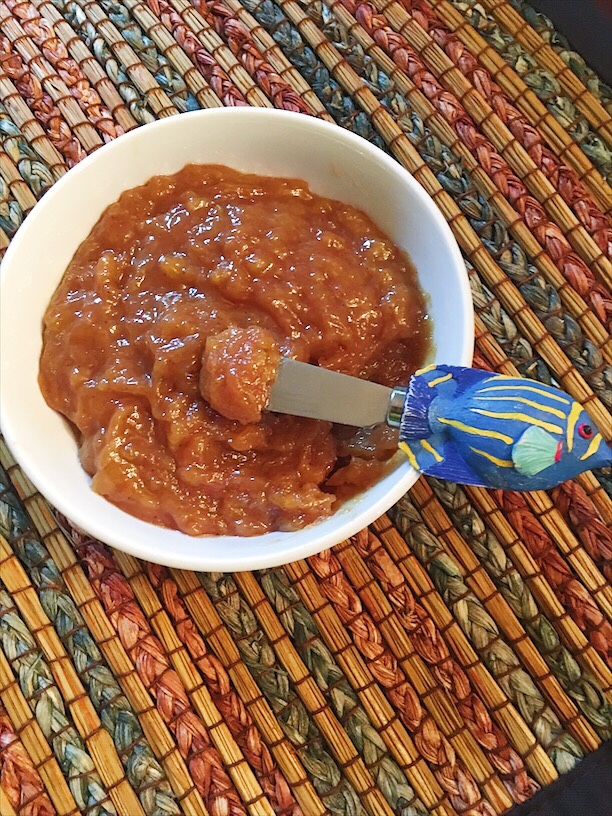 1 lime, peel grated finely and then juiced about 1 1/2 tsp juice

Place in a heavy based pot and add sugar, dried spices and salt. 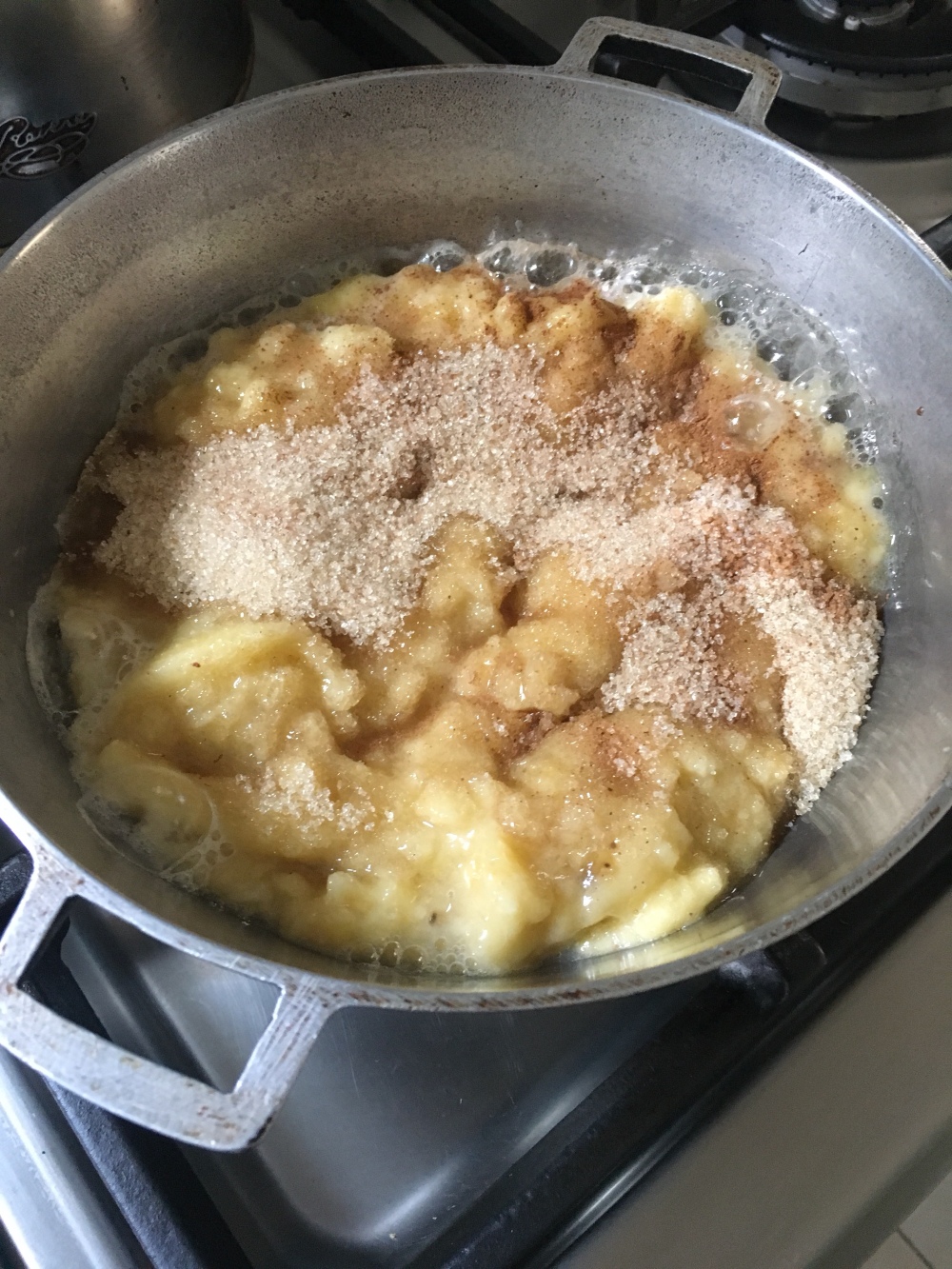 The crushed bananas, sugar and spices just set on the stove top.

After about 15 minutes the bananas will start to break down. Add the lime peel, and juice. Stir well and continue cooking.

After another 10-15 minutes, depending on the heat of your stove, your banana mixture will start to turn golden. Lower the heat to medium-low now. Add the butter and vanilla essence and continue stirring constantly now. You do not want the jam to burn as the fruit and sugars start to caramelize. Allow to cook for about 5 minutes more, stirring constantly. Once the fruit mixture has no more liquid and is light golden brown it is done. Remove from heat and allow to cool.

Video showing the cooking process as the bananas break down and begin to caramelize.

You will have about 6-8 oz of banana jam. Use on crackers, pancakes, waffles, with apple slices, or simply by the spoonful. Keep in a bottle in the refrigerator. 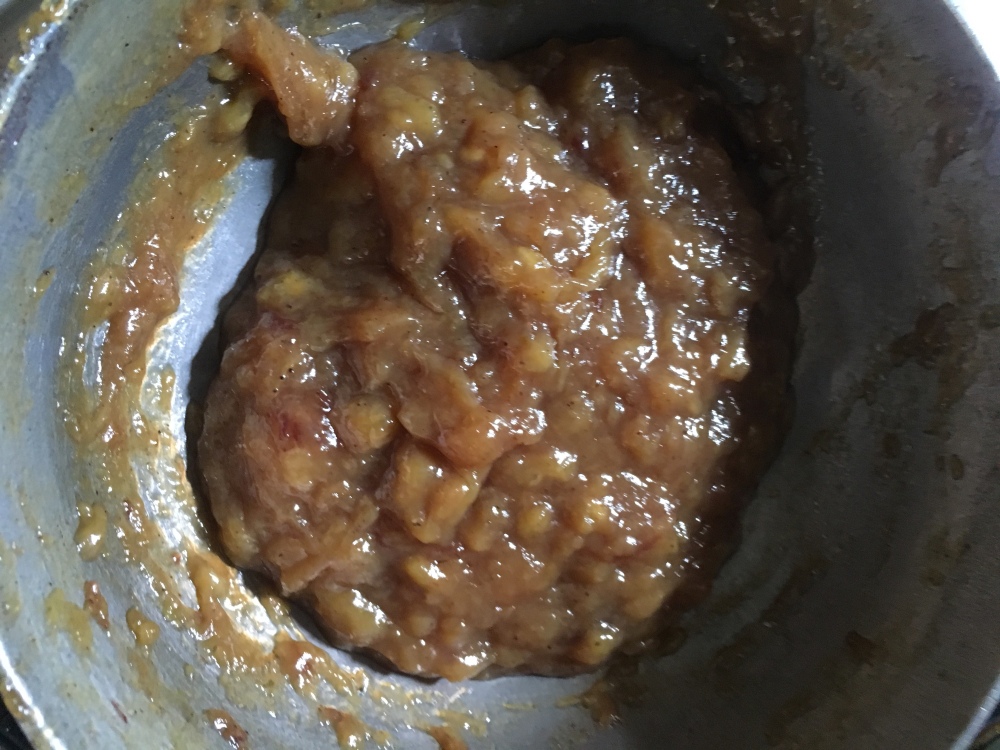 The texture and consistency of the finished jam.

I love having them in these artisanal crackers with a bit of plain cream cheese and a good lathering of banana jam.